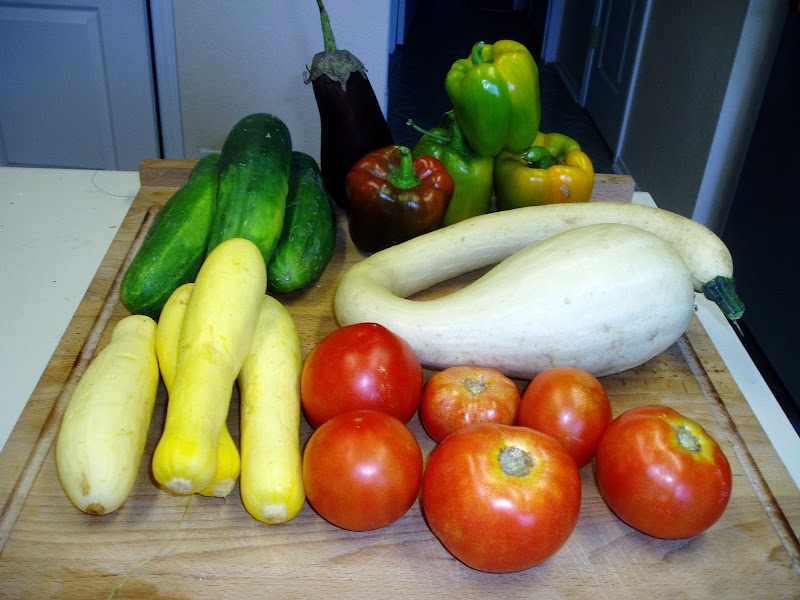 I am so excited about the veggies we got this morning at the farmer's market. Three cucumbers ($3), an eggplant and four bell peppers ($2), four yellow squash ($1), a crazy-looking squash with a name I don't remember anymore (edit: Zuchetta Rampicante) ($2), and a basket of tomatoes ($3). The prices are so great! Now I get to try to plan our meals around what we bought. Does anyone know what to do with an eggplant?

I think an update on the garden is in order. It started out nice and small back in March. And now.... 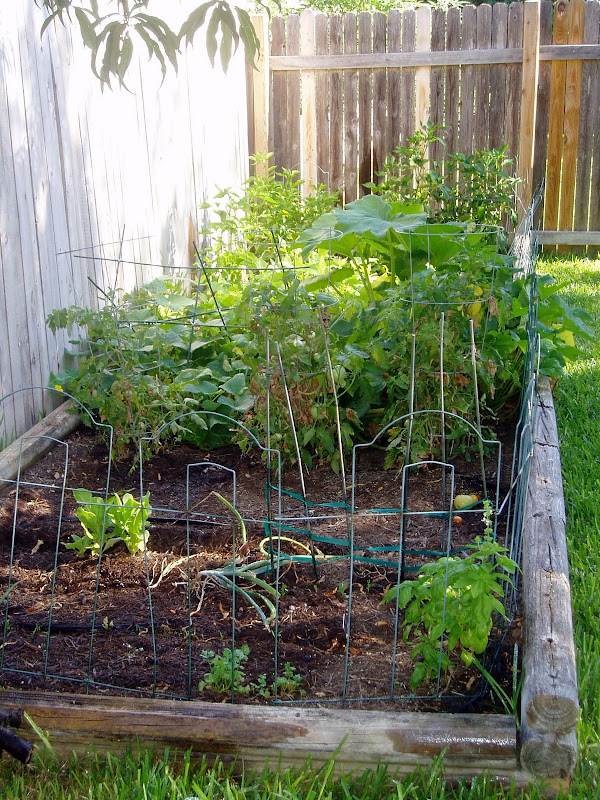 it's crazy huge. This empty spot in front is due to the peas and onions dying and the spinach and lettuce not coming up. Oh, and the herbs not coming up from seed either. But I'm trying again with more seeds for all four, and some is already sprouting. 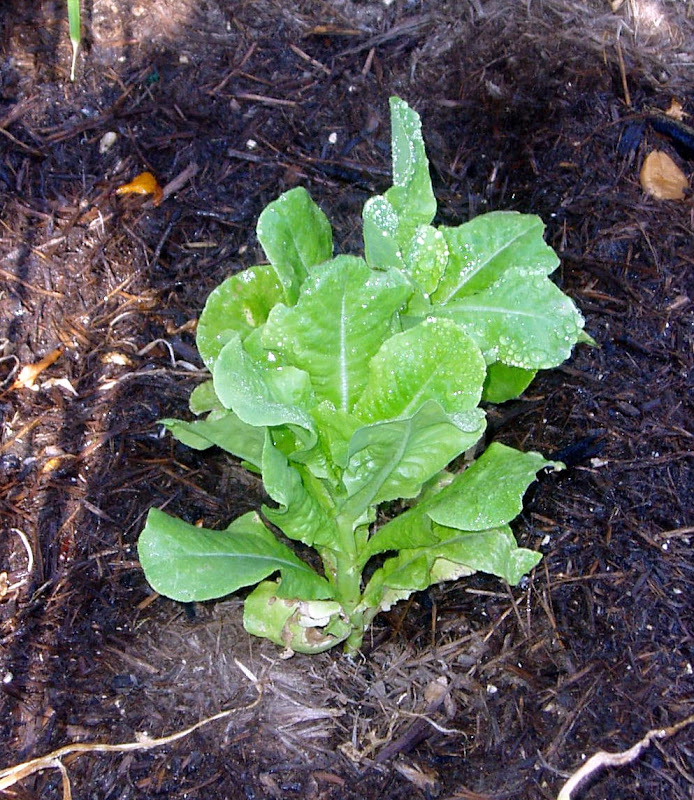 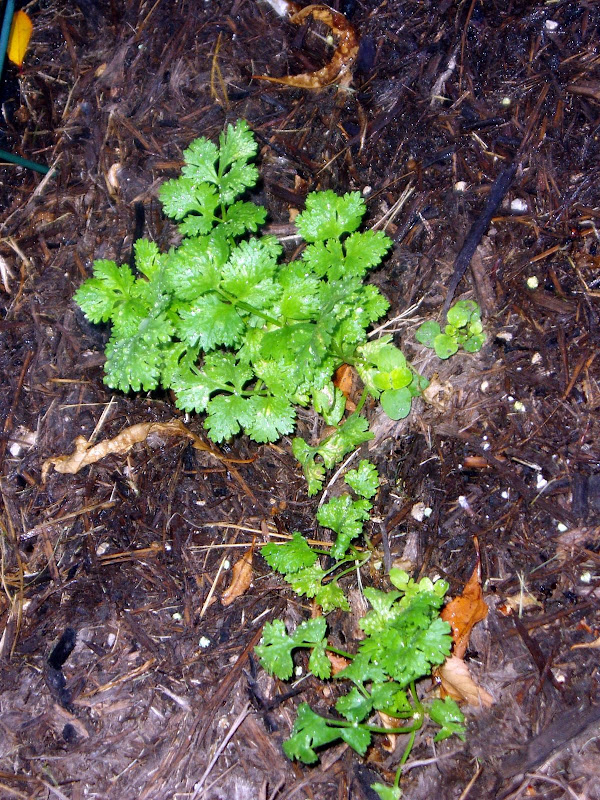 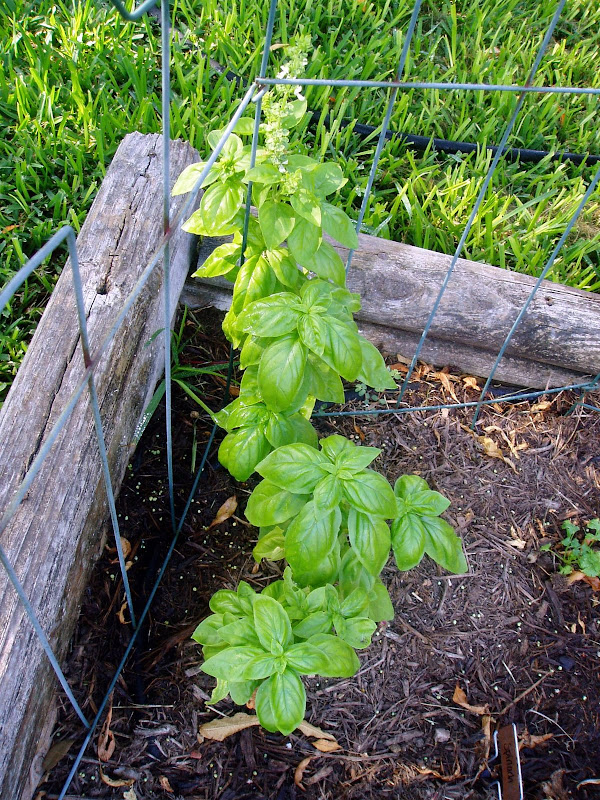 (Left to right, top to bottom: lettuce, peas, spinach, cilantro and basil.) I'm hoping with enough water that these will continue to grow. I'm sure the 105 degree weather isn't ideal for these poor plants! 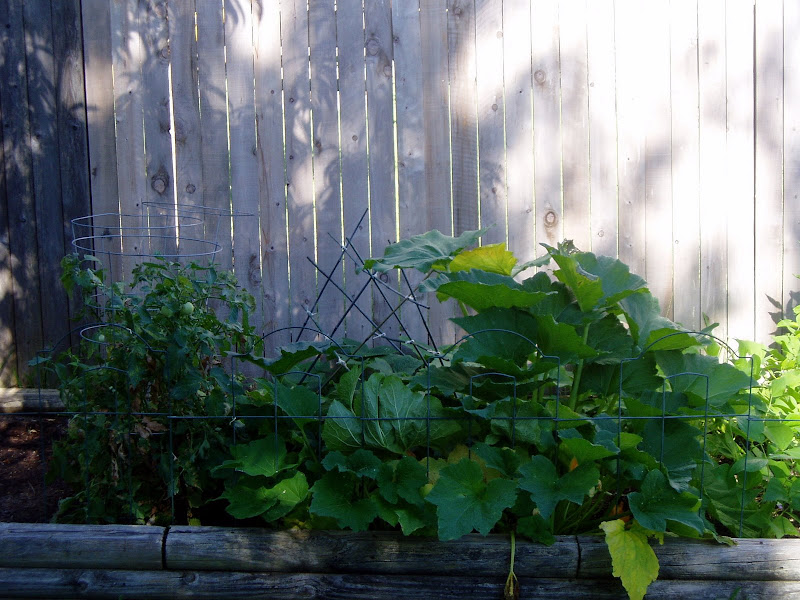 The middle has our tomatoes, pickling cucumbers, and zucchini. Ever since I caged the tomatoes (once they were too big.... next time, cage when planting!), they haven't been growing a lot, but hopefully some extra water will help them out. The cucumbers and tomatoes, however, are growing like crazy and trying to take over the whole garden. Looks like next year I'll give them a little more room. 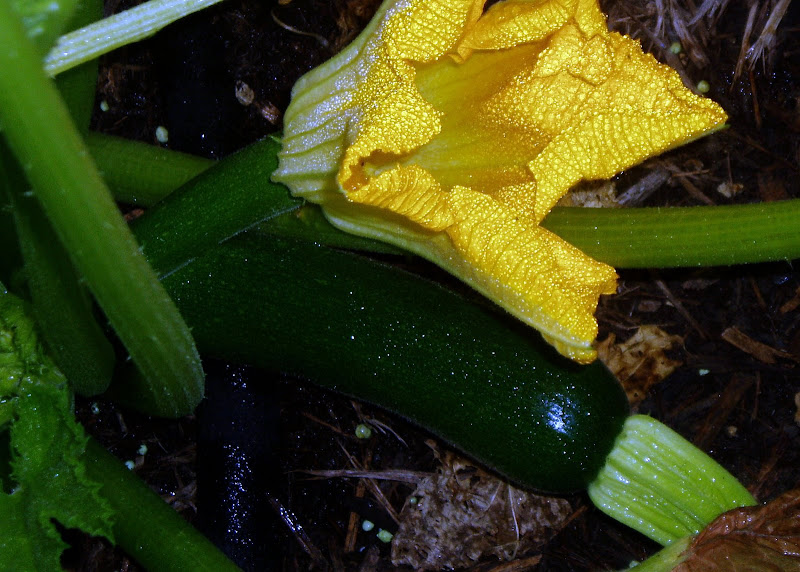 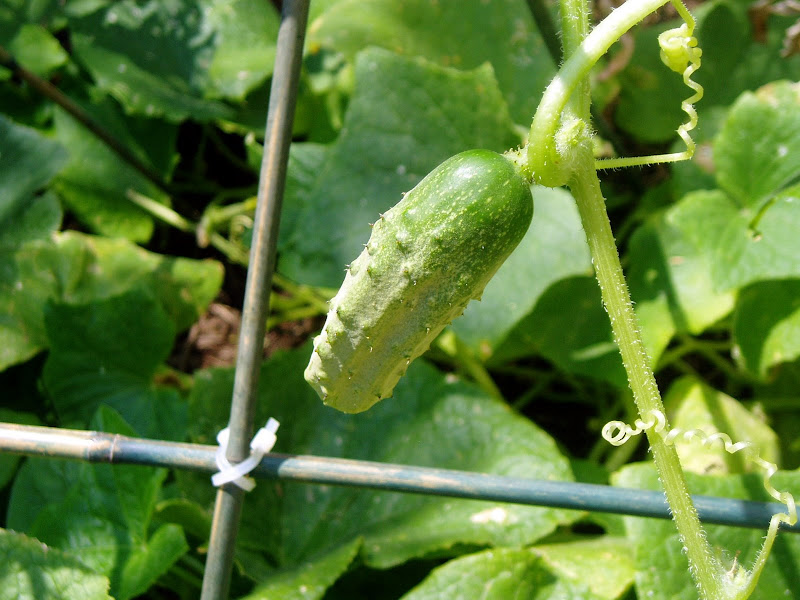 Those zucchini are soooooo good grilled. Definitely one of my favorites of the year and will be doing every year from now on. I want to grow some yellow squash next year, too. We've been cutting the cucumbers pretty small (between 2" and 4" long) because, well, if you don't, this is what happens. 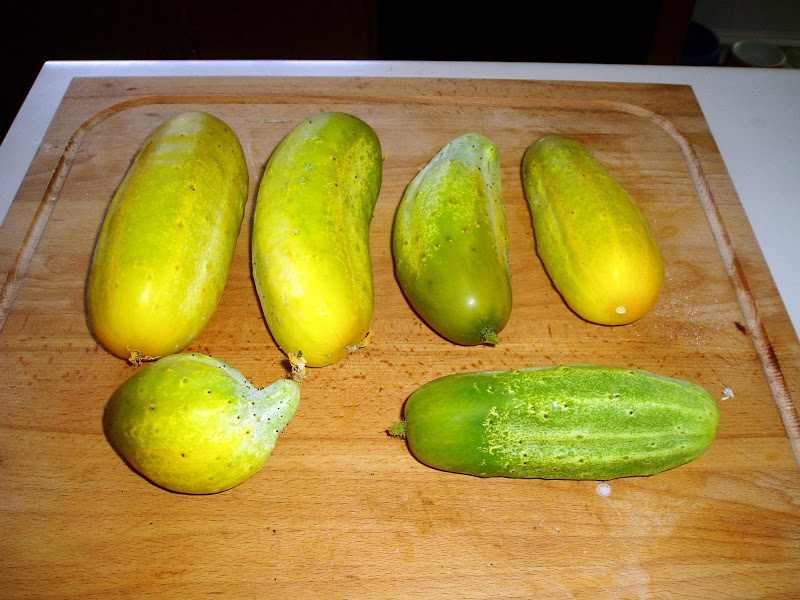 The one on the bottom right is one that I would consider normal (though still too large). They turn a crazy yellow color when they get too big, and I read that they aren't good once they get that size. And the bottom left is from inconsistent watering. Oops. 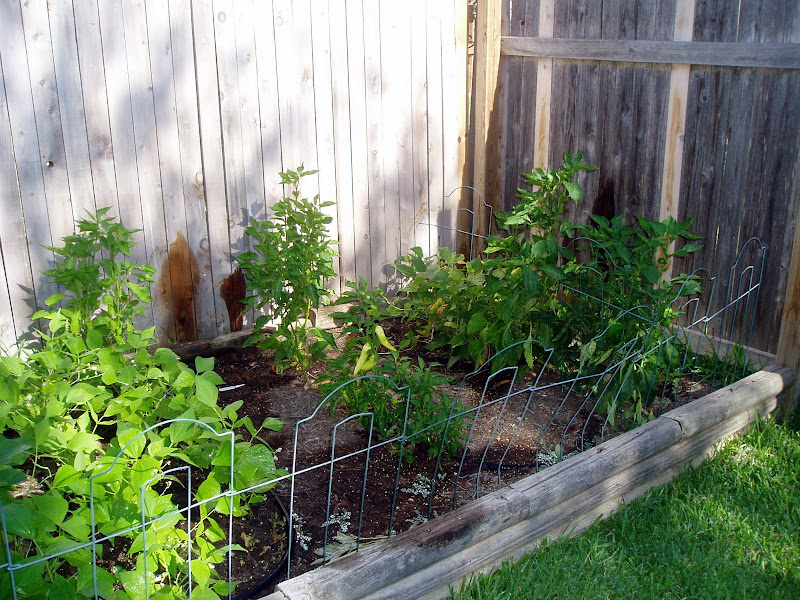 The rest of the garden consists of green beans (yes, those ones I planted a while back have all become large plants with lots of purple flowers), banana peppers, jalepenos, and bell peppers. They are all doing quite well. The jalepenos take a while to get to a decent size, but they are quite yummy. We've pickled two more jars of banana peppers. (Does anyone know what else to do with banana peppers besides pickling?) And the bell peppers are finally fruiting like crazy. There are probably twelve to fifteen that will be ready within the next two weeks. Now I just have to come up with more ways to use everything than the typical grilling/stir-fry/fajitas/steamed preparations. And I still don't know what to do with an eggplant. It just looked so pretty. :)