It’s been quite a while since I’ve updated you all on my garden happenings. 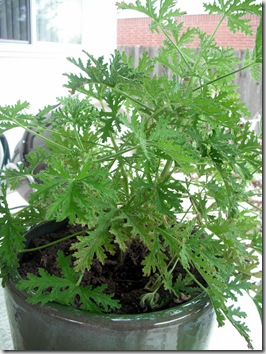 The patio plants are doing well. We added a citronella plant in the hopes that it would keep the mosquitoes away. Hubby gets eaten alive every time we try to spend time outside. We’re not too convinced that it’s working, but it was worth a try. 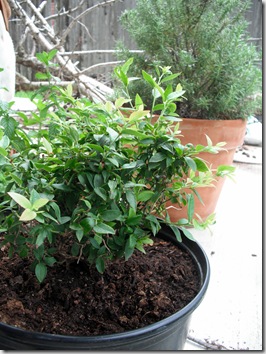 Our blueberry plant finally has some new growth on it. The packaging from Spring Hill Nursery, where we bought it from, warned that it could take a month or two to see growth, and they weren’t kidding, but now it’s taking off. 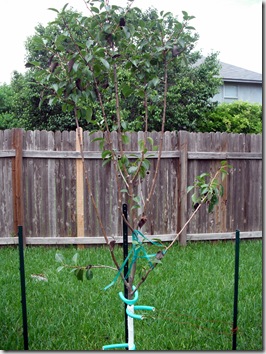 Some leaves on our new pear tree started turning black and falling off, which worried me. I did some research and found that this sometimes happens to young pear trees, but it isn’t anything to worry about and should go away after the first few years. 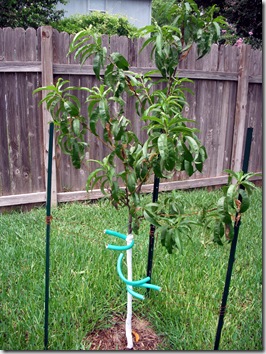 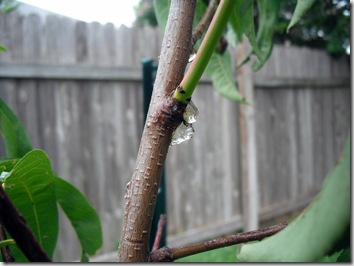 until I looked close and found this goo. At first I was scared that the borers got to it already, but this looks so different than our last tree. Apparently this is another new tree issue, and happens when the roots take up more moisture than the top requires. The excess moisture has to go somewhere, and it won’t injure the tree at all. Phew. I had no idea new trees could have so many problems! 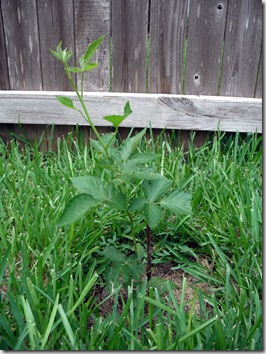 The blackberry plant is growing as well. No little blackberries yet, but I have my fingers crossed for some before winter. 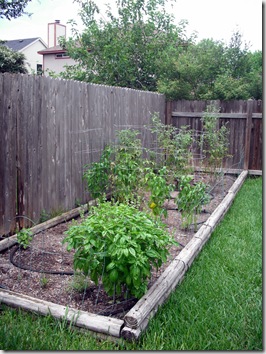 And now on to the garden. 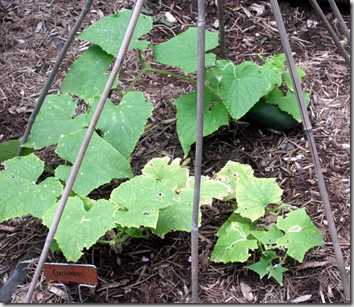 The cucumber plant is still tiny. I’m not sure why it isn’t growing well, but it is producing small fruit. 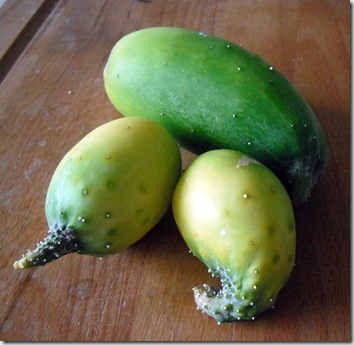 It would help if I harvested it on time, though. These did not taste good. At. All. I need to take out that little one hiding and see how it tastes. 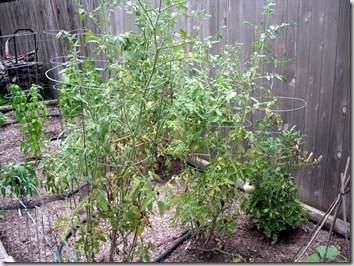 The tomato plants themselves are nice and big, but they aren’t setting fruit very well. I know I’m not supposed to over-fertilize, but I’m not sure what to do other than make sure I’m watering enough. 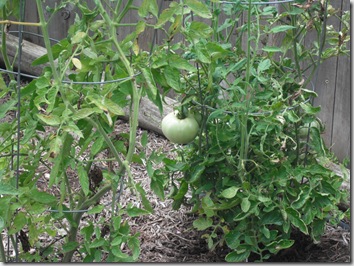 This stubborn tomato here has been green for at least a month. Others have ripened and been harvested since. 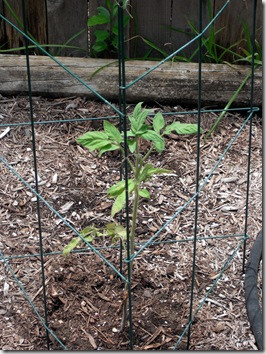 I finally moved a second heirloom variety into the garden, and it’s growing well. This one should produce plenty in the fall. 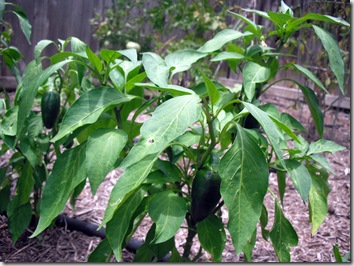 We have plenty of jalapenos growing, 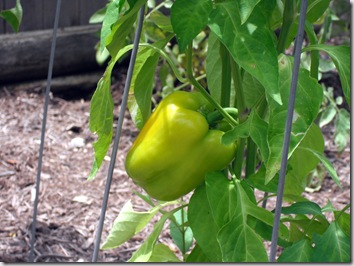 and our first yellow bell pepper! We even harvested a red one a few weeks ago, and there are a lot of blooms that have turned into tiny peppers. I’m glad these grow so well here. 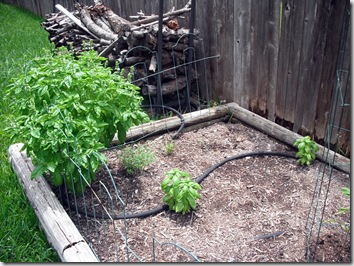 The herbs are doing well, too. You can see two basil plants that started from last year’s plant going to seed too often. I decided to let them grow since I don’t have time to put anything in those spots right now anyway. Might as well have more basil! 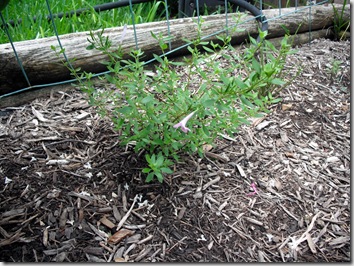 The Mexican oregano is doing well too, though I probably planted it too close to the basil. It’s not growing nearly as big as I thought it would (the nursery sold some really big ones of the same variety). 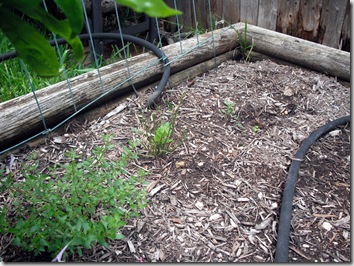 Now, what is that little poof by the oregano? Grass? A weed? 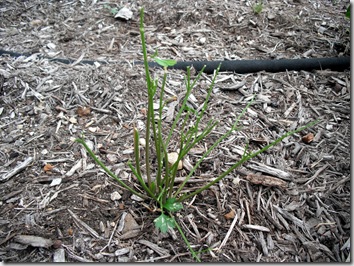 No, that would be my parsley. Or, at least what is left of it. Looks like something got a tasty meal out of my garden. :) It’s growing back just fine. 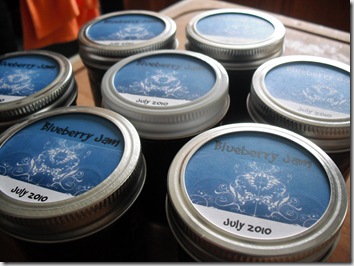 And even though it wasn’t from my garden, I wanted to show you my first batch of blueberry jam! Blueberries were on sale for $0.99 per pint at Sprouts recently, so I bought a few extra pints and make jam. This was even easier than jalapeno jelly – just berries and sugar. And boy, is it good. Maybe I should host a canning party…